"New Miserable Experience's initial release contained completely different packaging. The album's original cover artwork depicted the Arizona desert, the background behind which the band began." (A subsequent reissue had new cover art with a photo of the band inside a car). 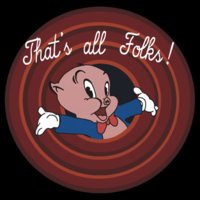 Staff member
Moderator
Thread Starter
CD 5403 is the final item in a 30-plus year series that began with LP/SP 101 'THE LONELY BULL' in 1962. The prefix "4" was added to indicate stereo (as we know). Once Polygram distribution began, future releases were numbered from "0000" forward. The Carpenters' box set 'FROM THE TOP' bears that "four zero" catalog number. This series plays out at # 1091. There are large gaps in the interim.

Being an obsessive-compulsive collector I recall being a bit sad that such a lengthy consecutive numbering series was being abandoned. Corporate takeovers can be thougthless that way.

Staff member
Moderator
Thread Starter
That's a good find since it predates Polygram distribution. The Polygram prefix is "31454" which proceeds the "0000" catalog numbers that started in 1992-93.

Staff member
Site Admin
Looking on Discogs, the reissue of FROM THE TOP has a 31454-0000 catalog number. That must be the tall, thinner, book-style release.

Staff member
Site Admin
It's interesting how some apparently "mainstream" albums ended up on the 3500 series, with some appearing in both that series and the 4000 series. I was going through past AOTWs and noticed that Herb Alpert's Beyond was SP-3717, and Rise appeared as both SP-3714 and SP-4790. And Rise also appeared on an A&M black label LP (and later CD issues) as SP-3274 apparently in a reissue series.

Staff member
Moderator
Thread Starter
Supertramp's first & self titled album was issued under 3 catalog numbers. It's initial 1970 U.K. & Canada only release was SP 4274. The group attained popularity in the U.S. with 'CRIME OF THE CENTURY' in 1974. The first album then was reissued as SP 4665 domestically around 1978. It came into the 3000 series as SP 3149 with a CD reissue under that number following.

Staff member
Moderator
Thread Starter
These series are very short and have quite a few overlaps with 41XX series we've already discussed. When the (tragic) decision to start over with "0000" was made in '92 with Polygram distribution, I attempted to update the home copy of the data base. Many of A&M's well known artists are represented in the early part of the new series. Somehow they hung in amidst all the management shakeups. Unfortunately the gaps among that series (0000-1091) are too large to facilitate meaningful continuity.

This was truly the End of an Era in a sense when the Corporate Culture of Polygram obliterated The A&M way of Doing things I believe by this point Herb And Jerry were Gone from A&M completely even back then I sensed things had changed.
A

I do have the single CD NOT the "Deluxe Edition" of that album.
You must log in or register to reply here.