Dean Lander said:
Here's a couple of photo's of the 1985 UK Betamax video I bought when released - Hifi quality as well! 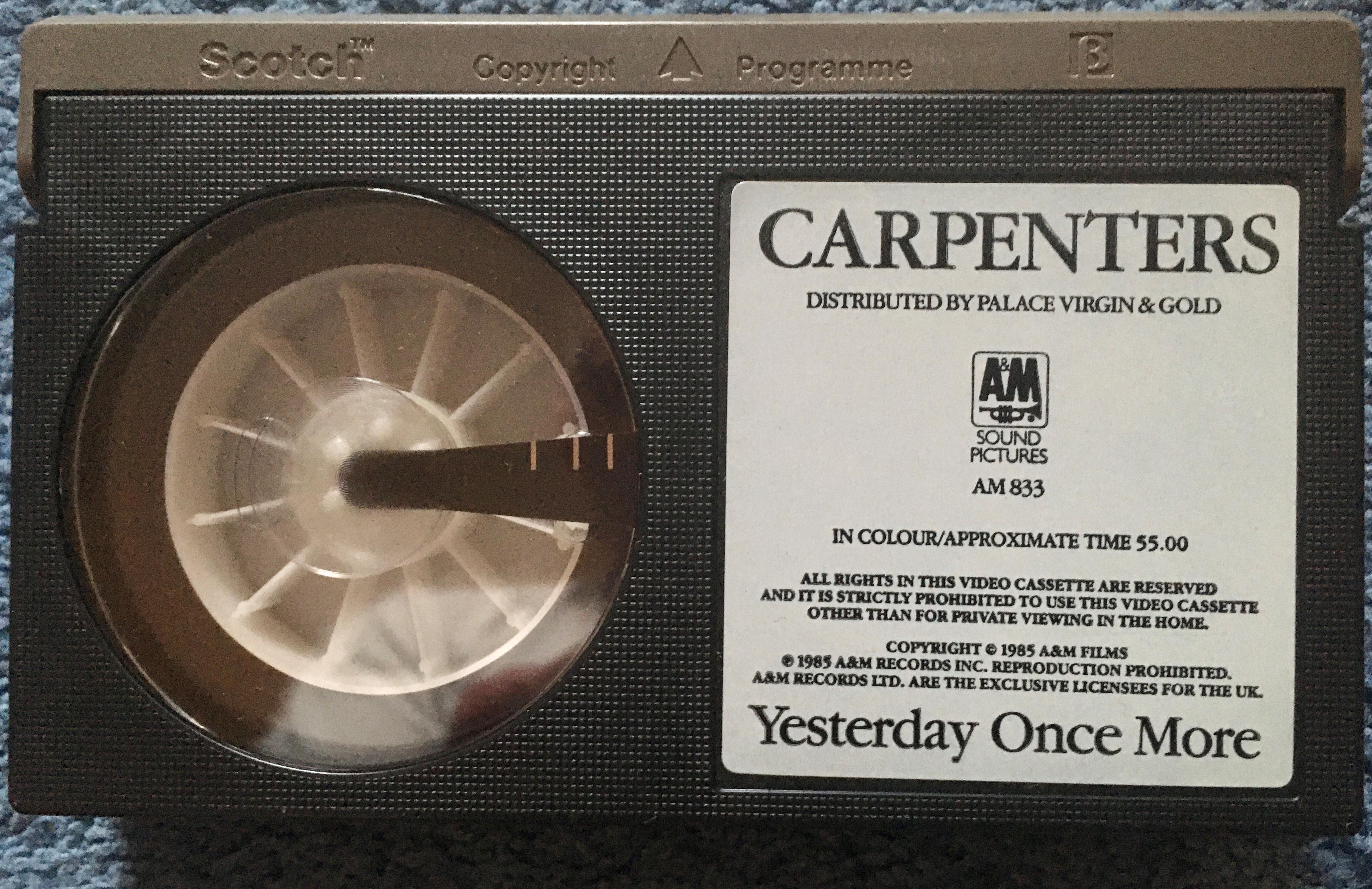 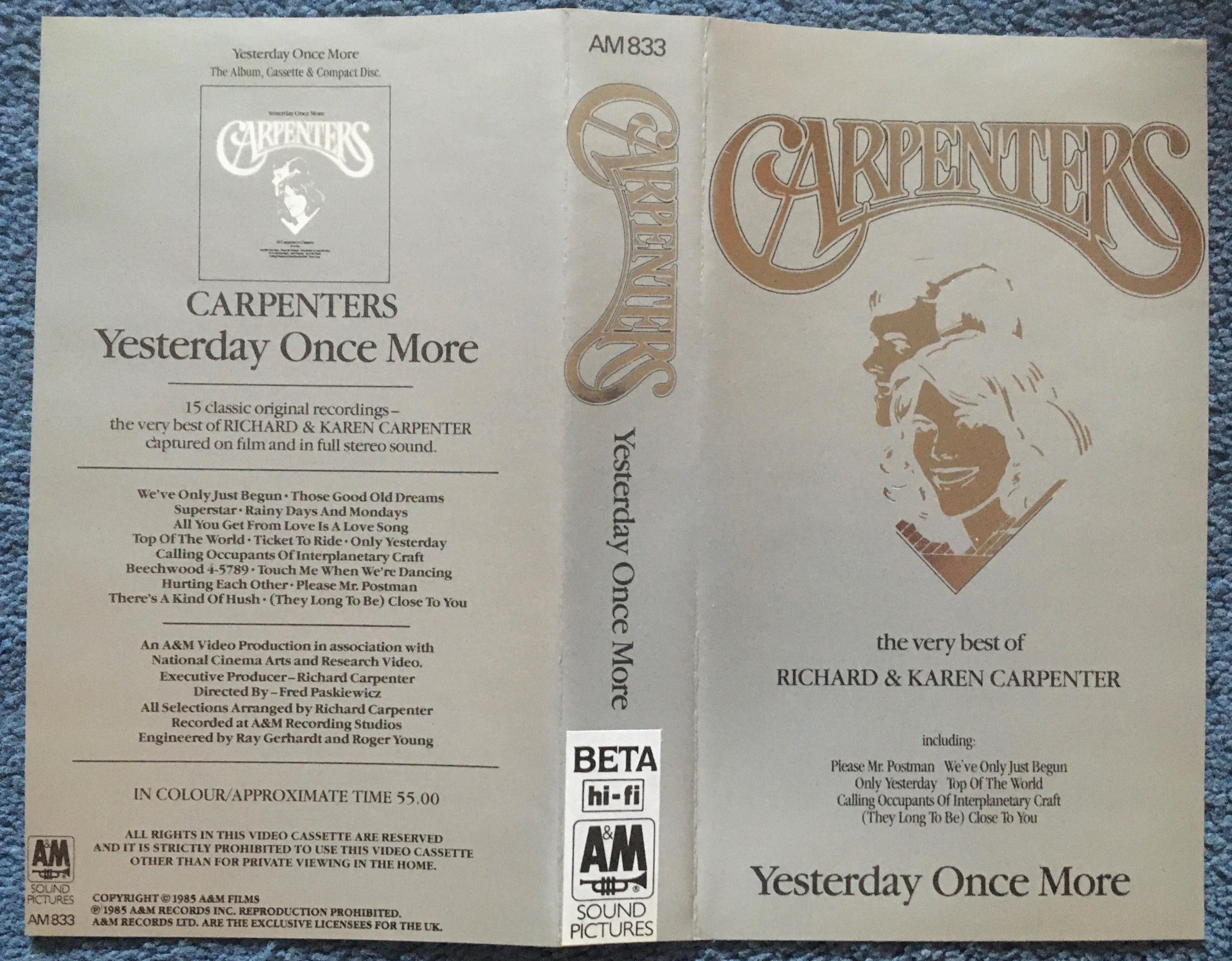 Again curious why the would include “Beechwood” on the video, but yet again not on the UK album or the 85 album. I realize that it was probably kicking around the vault, but especially in this case, why not have it as a cross promotion.

I remember my local library having the YOM VHS back in the late 80's and it was nearly always rented out. The librarian once told me it was one of their most popular music video tapes.

One bizarre note was back when the 'Only Yesterday' mini craze hit the UK back in the early 90's there was a man in my local area who made wedding videos for people, who used the beginning of the 'Only Yesterday' VHS as the start of his wedding videos. So, in his wedding videos, you would see the intro of Karen singing 'Why do birds ...', then it would seguey into the mini overture where he would place pictures of the bride and groom as children, and then while Karen sang 'Begun' he would show pictures of the happy couple with their wedding guests preparing for the main event. Then after 'Begun' the whole wedding would play. Utterly bizarre, but true. I may also add he was not cheap and having a wedding video back then in my town was the height of cultural sophistication.

My main memory of the 'Only Yesterday' album was it was one of a handful of albums that so many households had in the UK at that time. You'd go through numerous CD collections back then and see Phil Collins, Simply Red, George Michael, Lisa Stansfield, Dire Straits, Madonna, Michael Jackson, REM ... and Carpenters. It was a rather wonderful time.
A

I can't remember whether I've posted about this before, buy I have a TV station promo video for the UK 'Only Yesterday' release. I think it's got two TV commercials on it - a short one and a longer one.

I also have a large promo poster - about 36" x 12" - for the Australian version, which is called "Their Greatest Hits".
You must log in or register to reply here.