Staff member
Site Admin
Thread Starter
While listening to some Sergio Mendes tracks this morning, I stumbled on the fact that the song "Constant Rain (Chove Chuva)" sounded better from a compilation called THE COLLECTION. This compilation came out in (at least) the UK and Mexico back in 2008. I recall picking it up in a multi-album grab when compilations I didn't have started to pile up. As a result, when it came, I never really examined it very much and it has remained on the shelf without much attention. With searches, I couldn't even find anything about it here on the forum. 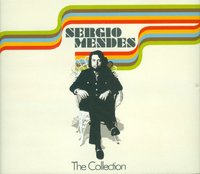 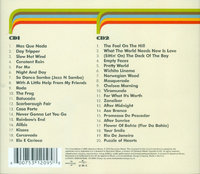 As you look at the track list, you might notice that it contains material from all of the A&M periods of Sergio, along with a couple of the 90s albums like OCEANO that also fall under the Universal umbrella. There are a couple of pre-66 tracks here too. So, if you've already got all this stuff, it might be just another compilation.

The artwork is nothing to write home about, as seems to be typical of Mendes compilations. There's only one band photo on the rear of the liner notes, and it's one of the Brasil '77 aggregation: 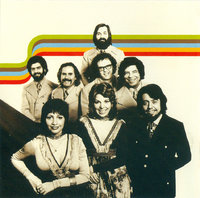 The thing that struck me today was that this one sounded pretty good. I was tipped off by the very clean sound of "Constant Rain (Chove Chuve)" which has some gritty tape noise on all of the other versions I have, early on in the intro of the song. This one sounded nice and clean.

In listening to the rest of the compilation, most of the tracks sound pretty good to me. Only one was a bit of an anomaly - "Daytripper" must have been taken from the GREATEST HITS compilation master as it's got CSG processing on it.

I couldn't find this compilation on Discogs at first, and then stumbled on the fact that it had been entered as a Mexican compilation. So I entered the info for this one:

View credits, reviews, tracks and shop for the 2008 CD release of The Collection on Discogs.
www.discogs.com

...and thought it at least deserved a mention here. It looks like it's way out of print now and somewhat pricey. But there are always bargains for those who wait.
R

Amazon has used copies starting at $95.
Also there is an import called "Easy Loungin Collection."
There is no track listing. but it is listed as Sergio Mendes and Brasil'66. Twenty easy listening classics.
You must log in or register to reply here.