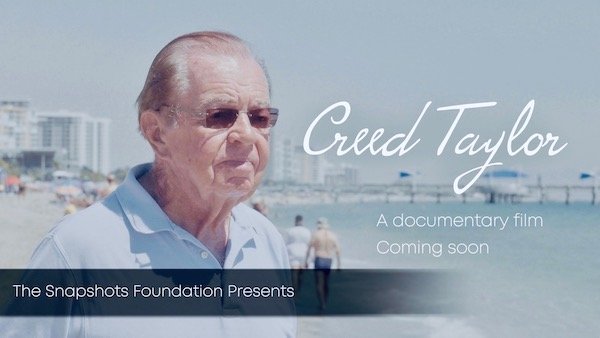 That’s great news. I guess this interview was conducted for the upcoming documentary.

Whoa, what a pleasant surprise--a long overdue documentary on the legendary Creed Taylor. And what an fantastic long form interview by Herb. Even before the Getz/Gilberto LP released in 1964 with "The Girl From Ipanema" that Herb referenced to--there was the Getz/Byrd "Jazz Samba" LP produced by Creed in 1962 that amazingly went to No. 1 on the Billboard album charts and started the Bossa Nova craze in the USA. All thanks to Creed. He just knew what would work musically.

Staff member
Site Admin
It'll be neat to hear Michael Fremer's input on the documentary. Looking forward to it!
J

Patti Austin had this to say about her former boss Creed Taylor: "He looks like Jimmy Carter but thinks like Richard Nixon!" Things that make you go hmm...However this aside, Creed was the one who really put jazz out there for the masses. He was the one depending on your view who made jazz more commercial, and his music paved the way for fusion, contemporary jazz, and while it's tempting to include smooth jazz in this, his productions were a hell of a lot stronger and artistic than this genre. While what he did was never too popular with the jazz critics, he brought jazz to an audience that thought jazz was a four letter word(and not a nice one!)

Look what he did with Stan Getz, John Coltrane, Wes Montgomery(his biggest star)Tamba 4, the aforementioned Patti Austin,Quincy Jones, et al(by the way, Quincy's first album for A&M/CTI was not "Gula Matari", as Herb mistakenly said, but it was "Walking In Space".Herb is entitled to a few mistakes; he as are the rest of us human after all.)

Anyway, I hope the documentary turns out well; Taylor is a largely unrecognized figure in the history of jazz, and deserves to be more mentioned, considering what he did for the music. Hopefully this doc will rectify those matters in a correct way. And also I liked Herb's interview, where he talks about meeting Creed, and his impressions of Creed's(and Quincy's works). Hope it all turns out ok!
You must log in or register to reply here.