Staff member
Site Admin
Thread Starter
Well, sure - most of us here are aware of the GREATEST HITS LP series on A&M getting the HAECO-CSG processing on all but Herb Alpert & The Tijuana Brass' entry. But I just found more that I wasn't aware of.

Looking through my LPs, I was somewhat surprised to see this on two Baja Marimba Band albums, THOSE WERE THE DAYS and FRESH AIR.

Both of these albums are promo copies and look like they were part of one of my old radio station's libraries. THOSE WERE THE DAYS (SP-4167) has the sticker on the front (upside down!), and is a white label promo. On the label, there's no special matrix number, but around the runout area, the following is etched on Side One:

On FRESH AIR, the gold sticker is on the rear along with a PROMOTION COPY NOT FOR SALE sticker. Also a white label promo, this one has a CSG indicator on the label where it says:

For each of these LPs, I also have regular pressings that are in better condition, so it's likely I never played these when doing needledrops back before both of these albums were issued on Japanese CDs. I've never heard any trace of CSG on any of the tracks of the stock LPs or the CDs, so these CGS'ed promos were just pressed and sent to radio stations.

It's like after all these years, we're still finding out new stuff about the old days.

Staff member
Site Admin
Thread Starter
It's only on the two white label promos I have. The stock albums are straight stereo.

Harry said:
It's only on the two white label promos I have. The stock albums are straight stereo.
Click to expand...

Staff member
Site Admin
We should probably put together a list of these things at some point. 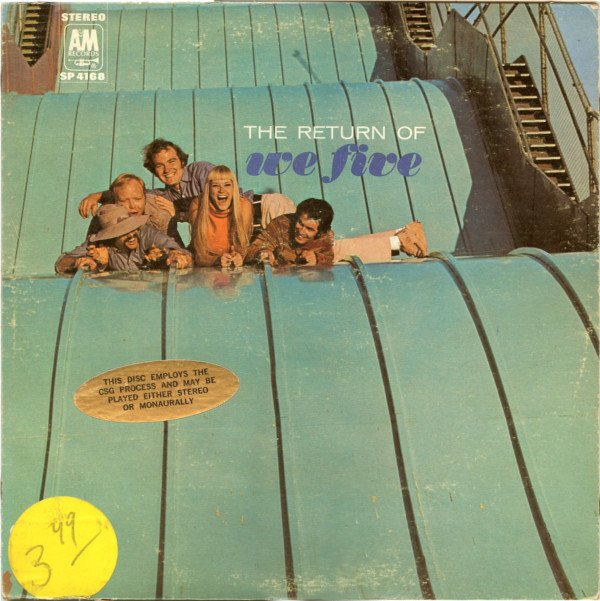 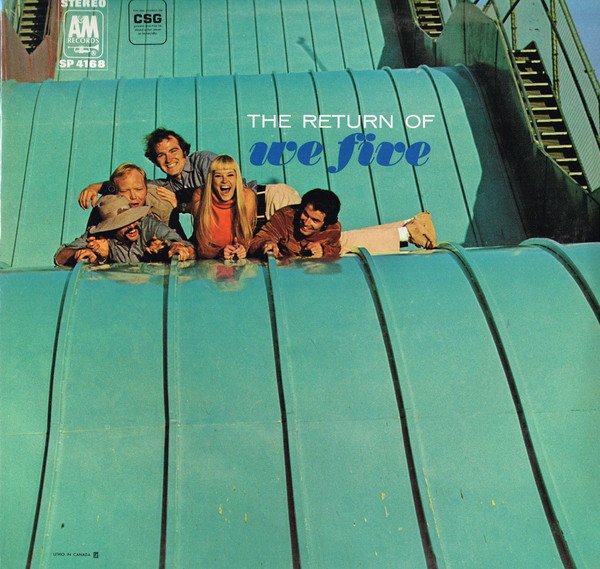 Staff member
Site Admin
Thread Starter
Ah, another one! My regular stock-copy of THE RETURN OF WE FIVE has no CSG information on it whatsoever. Usually there is at least a CSG indication on the runout etchings. And that Canadian record with the CSG "logo" printed right on the cover!
You must log in or register to reply here.