Herb to Receive Another Award

Moderator
Thread Starter
On March 15th Herb Alpert will receive the REDCAT Award from the California Institute of the Arts and REDCAT. From the L.A. Times: 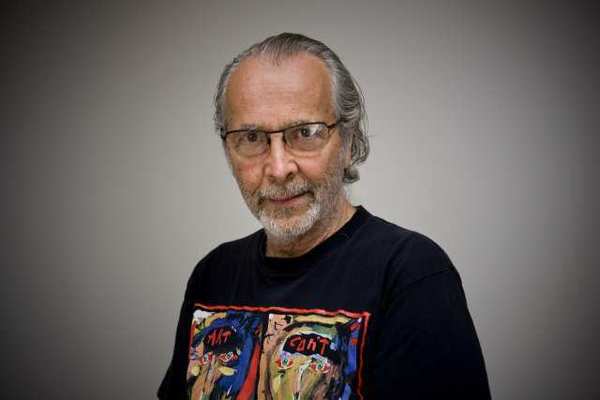 Effusive praise is usually the order of the evening at gala awards ceremonies, but the news that James Cromwell will be the emcee March 15 when REDCAT and California Institute of the Arts confer their annual REDCAT Award on Herb Alpert raises certain questions.

In his Oscar-nominated turn as the farmer in “Babe,” Cromwell may have set some kind of celluloid record for laconic expression, culminating in his closing encomium to the picture’s titular wonder pig: “That’ll do, pig. That’ll do.” Only a beatific smile signaled this was praise, rather than, say, a warning to knock off the squealing.

Will Cromwell intone “that’ll do, trumpeter. That’ll do,” as he confers on Alpert an annual award whose past recipients include visual artists Mark Bradford, Glenn Ligon, Barry McGee, Catherine Opie and Kara Walker, and philanthropists such as Eli and Edythe Broad and Roy E. Disney and the Walt Disney Co.?

Alpert will in fact play his trumpet at the event, teaming with his wife and regular performing partner, singer Lani Hall. The award honors his philanthropic work along with his creative achievements in music and visual art. The music schools of both CalArts and UCLA are named for Alpert in honor of major donations in 2008 and 2007.

Among Alpert’s recent credentials as a sculptor are public installations on each coast. In January, three of his black-colored bronze “Spirit Totems” were planted for temporary display at Dante Park in Manhattan, a small public square opposite Lincoln Center that sports a 25-foot pedestal and statute of Dante Alighieri, the great Italian poet of “The Divine Comedy.”

Meanwhile, last month the city of Malibu unveiled a separate cast of “Freedom” as its first piece of public art, ensconced permanently at Pacific Coast Highway and Rambla Vista. Turning up for the dedication ceremony was Sting, a longtime artist on the A&M Records label launched by Alpert and his partner Jerry Moss, whose stewardship of the label ended in the early 1990s.

Also, L.A.’s Museum of Contemporary Art announced recently Alpert’s 2012 painting “Underground Art,” created from coffee stains and coffee grounds, was among 31 “important objects” it added to its collection during 2013. Alpert’s painting having been donated by Moss.

Among the other MOCA additions were photographs by Marina Abramovic and Cai Guo-Qiang, a cartoon-influenced pop art painting by Kenny Scharf, Marnie Weber’s installation “Giggle of Clowns” and works by Ed Moses, Manuel Ocampo and Laddie John Dill bequeathed by film and television producer Daniel Melnick, who died in 2009.

Herb Interviewed in the Hartford Courant

Herb in the Wall Street Journal

Herb To Get Award on Saturday