Thread Starter
My collection of Carpenters cds has grown so large and unwieldy over time that I finally decided to undertake a comprehensive cataloguing of it. In so doing, I was half surprised to find that I have more box sets (sets with 4+ discs) from Japan than any other country in the world (including the US). Perhaps this is a powerful testimony to Carpenters' enduring and unparalleled popularity in that country.

Here is a tally of the box sets from Japan in my collection. Anyone who has, or knows of, a Japanese box set not on this list, please share the information so I can hunt it down and add to my collection. Thanks in advance.

This is the first ever box set from Japan (and probably in the world). It contains the first 10 studio albums and the Live At The Palladium disc, plus a most unique 12th disc with strange cover art and consisting of only 2 tracks: Honolulu City Lights and Slow Dance. That same cover art would be used in the following year on the single release of Honolulu City Lights/I Just Fall In Love Again. 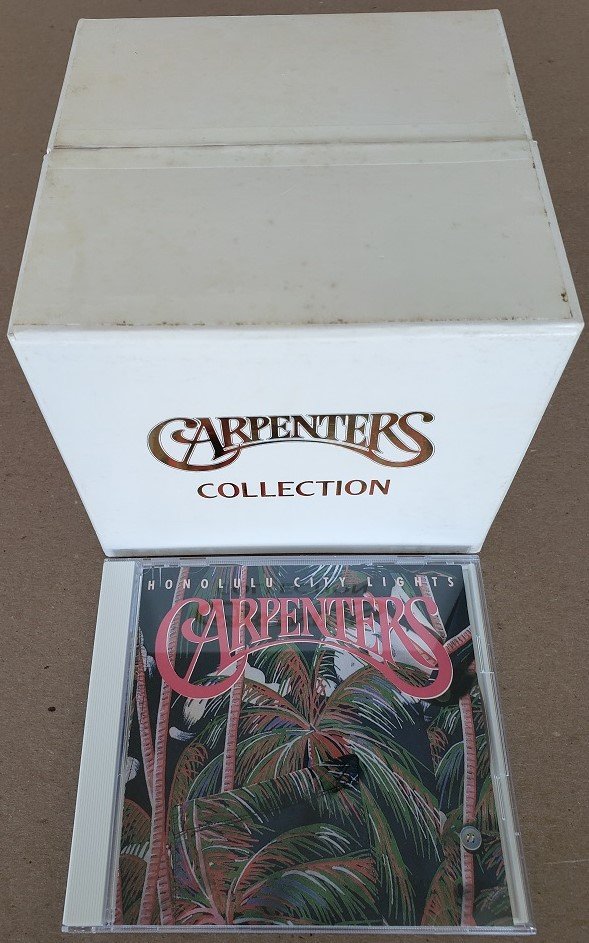 To commemorate the 30th anniversary of Carpenters' first album, the first 11 studio albums were issued in mini-LP carboard sleeves, both individually and in a very nice single box with the Now & Then cover art. 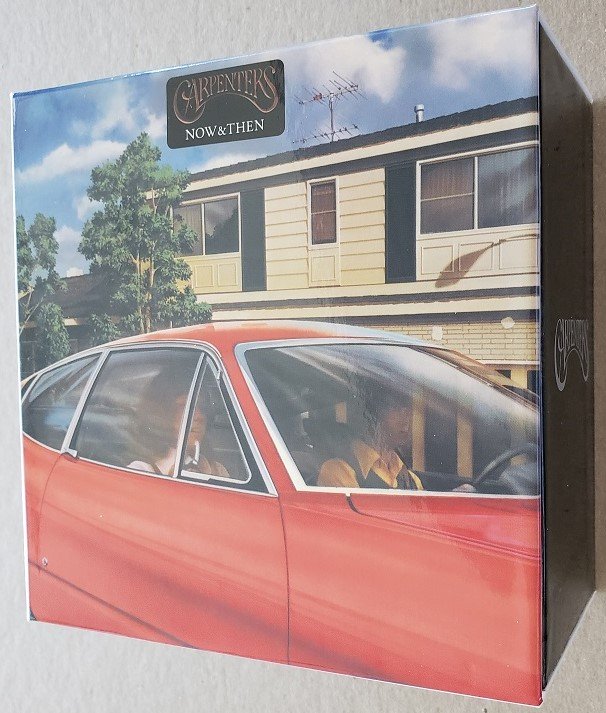 A limited release with the same 11 discs as in the Original Album Collection, but the cover art of the first album was changed from Ticket To Ride to Offering. 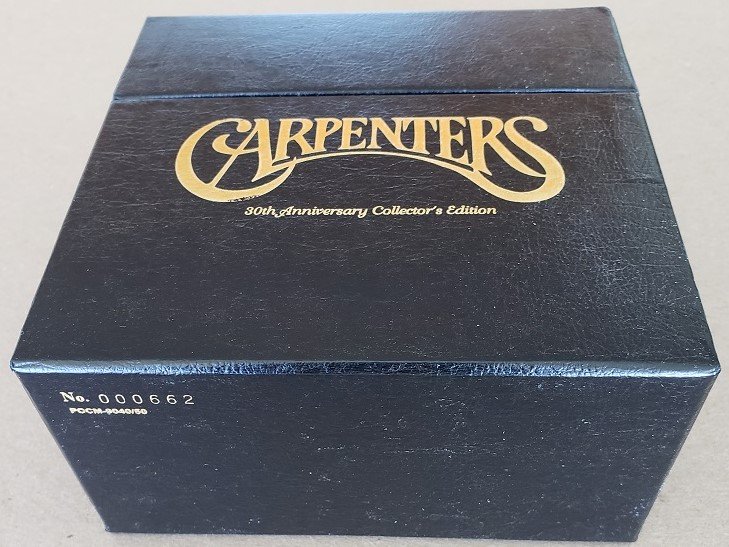 I was lucky to snag a set of Sweet Memory for just $28! Can't wait to get them in the mail

If anyone's gotta have the very first box set from Japan, I have one for sale! As well as the Japanese Singles. And the 40th Box! and Best Songs!

Staff member
Moderator
As mentioned elsewhere, I have a very extensive audio collection on the group. Very long story short, I made the mistake of selling my original (sealed) 30th Anniversary box set, only to regret it later.

Richard was gracious enough to gift me an original, sealed copy out of his collection, with a series #00014/2000.

Staff member
Site Admin
I never got the 30th or the 40th, as I was happy with the 35th and the older British COLLECTION.

I bought the 30th, just because it was the 1st one from Japan. Then the 35th because of the thin album cover style cd holders, plus it had Offering instead of Ticket To Ride. I found out the Ticket To Ride was issued separately, so I added that to the box as an extra disc. Then I was curious about the 40th, as they were SHM format. The little books inside each album cover is a bonus. Plus the Singles Box with the 3”discs and picture sleeves is pretty nice. I don’t know what else they could do other than release a complete set including Live At The Palladium & Japan, Time, and Karen Carpenter included. Palladium is already in the 20th, and the Christmas discs in the 40th, and so is As Time Goes By. It’s a big investment though.

It looks like the 30th and 35th are about the same, except the boxes are different formats……
My 1st reply should have said first box set from 1986, not 30th. I couldn’t edit because time ran out. Sorry.

Staff member
Site Admin
I thought the 30th and 35th were pretty close in appearance, but I've never actually seen the 30th. The 35th added the two Christmas discs, right? I don't know if the mini LPs and jackets in the 30th are as authentic as the the 35th.

The black box, 30th has Offering-Lovelines. A nice souvenir book, and a black Carpenters scarf. The extra cd I included is Ticket To Ride, with clear plastic cover, and OBI that says Carpenters 30th.
The 40th has both Christmas CDs plus Sweet Sixteen, and Gold. The jackets look pretty good to me in the 30th. Pretty identical to vinyl format, but lyrics included on a small insert of those albums that included them in original vinyl pressings. I’m not sure about the 35th. I’ve never seen one. I’m guessing they are the sets that had an album box to hold the discs, that looked like the covers of Now&Then and A Song For You, etc?

Staff member
Site Admin
35th is also a black box, is numbered, has Offering through Lovelines plus both Christmas albums. Fat booklet with notes and lyrics, English and Japanese, and it had a handkerchief with Carpenters logo.

Each CD has an album replica label, authentic texture on jacket, and any inserts replicated, including innersleeves.

I have all of these including the 35th and 40th anniversary boxsets and the single boxset. I love the Japanese releases, so much attention to detail and great quality. I wish there'd been a 50th anniversary box with some new extras or unreleased tracks. Great post, thanks for this