Staff member
Site Admin
Thread Starter
I liked the videos for Synchronicity also. The apocalyptic set for "Synchronicity II" is still one of my favorites.

Funny though, I used to like Sting's earlier solo records but they don't do much for me anymore. Too depressing at times. And I feel like he's been flailing around trying to get a hit in the past couple of decades. I heard about 30 seconds of the Symphonicities album and had to turn it off...

Because this CD has been on repeat my whole workday...

I pulled out my Epson scanner (which is meant to scan anything from documents to 35 mm negatives) and decided to give the descreen function a go. A lot of the CDs in my collection don't have good equivalents online, so here's to hoping that my contribution to the Internet helps someone, somewhere. 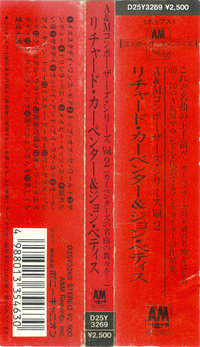 Harry said:
Here's my somewhat worn obi for that release:

I would have scanned the obi, but the seller seems to have either glued it to the jewel case or used double-sided tape to affix it to the jewel case. I didn't want to damage the obi by trying to remove it. Maybe one of these days I'll translate this obi like I did with the "Live in Japan" one haha! Upon first glance, I see the title of the series (A&M Composers Series, Vol. 2), I see the composers' names (Richard Carpenter and John Bettis), the track list, the genre is labeled as "Pops," and something about Pony Canyon (between A&M Records, Inc. and the barcode).
A

Got The Police "Message In A Box: The Complete Recordings 1977 - 1986" (from late 1993) on CD box set. I believe there is more unreleased tracks, demos & live tracks on another box set which came out a few years ago. 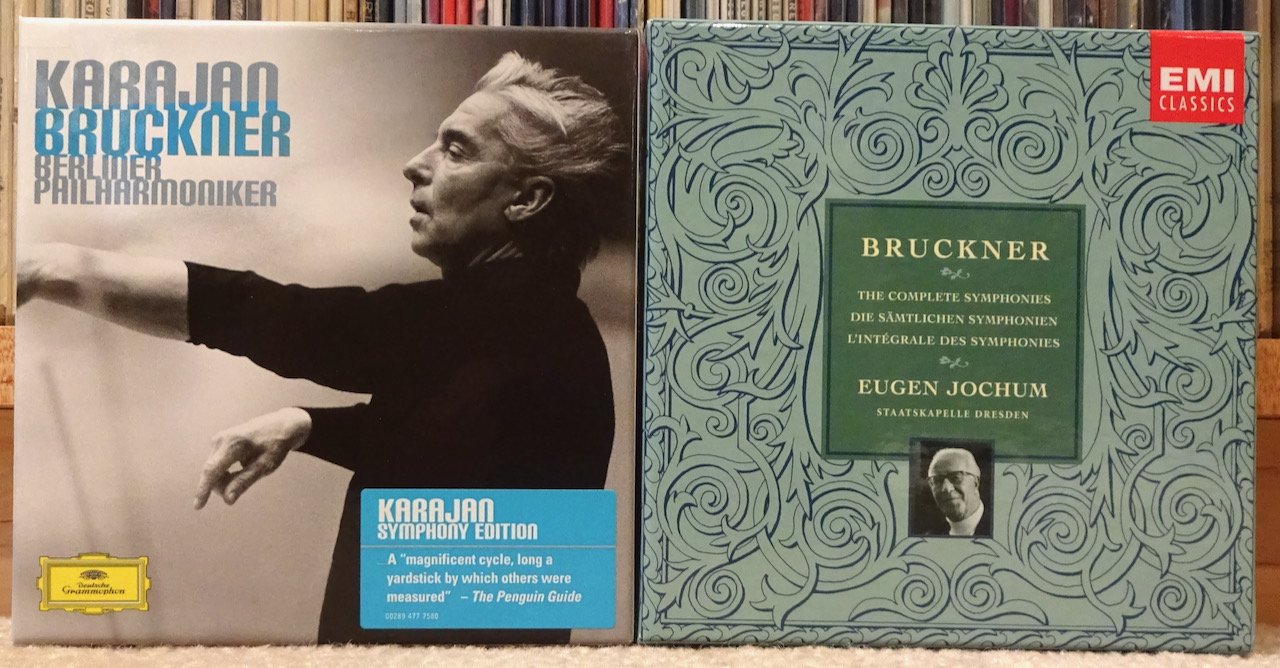 Staff member
Site Admin
Thread Starter
I haven't played this in quite a while. 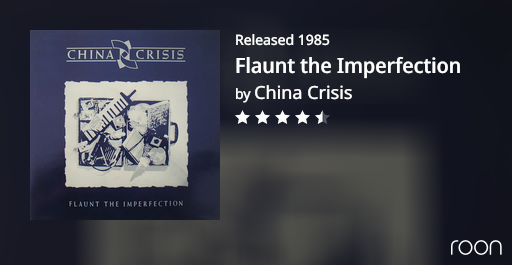 And the follow-up album, which was on A&M. "Arizona Sky," one of the singles.


This is what I do when I fall down a rabbit hole looking for original versions of tunes covered by The Cramps.

This is a 38-song playlist of some really obscure singles from the past. A lot of rockabilly as expected. And I gave up on the track "Taboo" (from one of their later albums) since I couldn't find a version with the vocals. Some of the Cramps versions are close to the originals, and others take a few liberties.

Staff member
Moderator
For Father's Day my daughter sent me on of my all time favorite I.R.S. releases, 1980's Skafish, the self-titled debut LP by one of Chicago's punk/new wave pioneers. Mr. Skafish remastered this a little over a year ago (after regaining the rights. It's great to hear the single b-side "Sink Or Swim" as a bonus track here. I can't believe I have not listened to this in about 30 years.

I sat in my car and listened to it twice! Until I finish my man-room with the new turntable, etc. my car is the best sound system I have at the moment, LoL

Which begs the question... as soon as I christen the man room, what album by what artist should be the first to grace my turntable?... Keeping in mind I haven't had a working turntable since the early 90s (but have continued to buy vinyl over all these years...

Staff member
Moderator
"Arizona Sky" is probably my favorite China Crisis song... Wow, did that band have a prophetic name or what?

"Uranium Rock" I've heard before. It's surprising (perhaps not) that MANY songs from The Cramps were very obscure cover tunes. There's a UK label that has released a series of compilation LPs "As heard From The Cramps" or something like that. The tunes were actually selected (IIRC) by Lux and Ivy...

Staff member
Moderator
My most recent "rabbit hole" was accidentally discovering these guys who take A&M's Yellow Magic Orchestra in a delightful direction. Too good to be a spoof, too silly to be an homage.... It's just.... Good!

Staff member
Site Admin
Make this one first, if you have it. 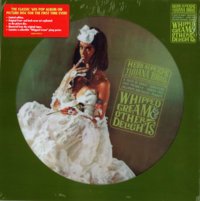 Mr Bill said:
"Uranium Rock" I've heard before. It's surprising (perhaps not) that MANY songs from The Cramps were very obscure cover tunes.
Click to expand...

That's a 39-song playlist above, so it covers just about all of the originals.

Staff member
Site Admin
Thread Starter
These two rarities arrived last week Friday from Japan. Finally got a chance to put them through the ultrasonic and do needle drops. 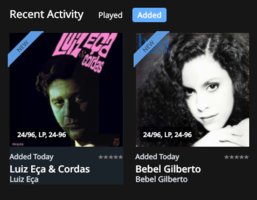 The Bebel Gilberto EP on WEA is from 1986, several years before she recorded another project in the early 90s, De Tarde, Vendo o Mar: 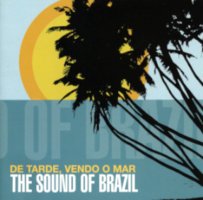 ...which predated her first official album Tanto Tempo in 2000. This EP is very mid 80s in production, and includes her first version of "Mais Feliz" which is very different from her 2000 version.

The Luiz Eça & Cordas (Luiz Eça & Strings) is essentially a Tamba Trio date but with strings arrangements penned by Eça, and featuring primarily Eça's piano (no trio vocals, in other words). It dates to 1964, so, about the same time period as their important early albums I've mentioned here before. The LP I received was called Imagem, and was a 1979 reissue on Philips in Japan. Stickler for authenticity, I entered it in Roon under its original title and album cover.

Here's the Japan album cover. (Mine doesn't have the OBI strip, thankfully.) Maybe a little vibe of Luiz & The Sea? 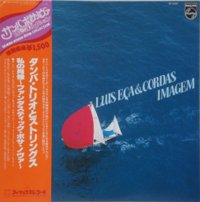 Why the LP? Because the CD, in print for maybe 8½ minutes in 2007, is available starting at about $175 US on Discogs.
Nice record though, with a couple of self-penned tunes as well as two each by Edu Lobo, Dori Caymmi, Luiz Bonfa and a handful of other familiar names. "Chegança" is playing at the moment.

Rudy said:
That's a 39-song playlist above, so it covers just about all of the originals.

Yep. I got through about a third of them before it was time to clock out and go home... I've heard maybe half of them before. I remember when I first found Hasil Adkins' "She Said," and thought to myself, "aha! Now I can hear what the heck the actual lyrics are!" Boy was I wrong. Mr. Adkins' vocals are about as incomprehensible as Lux's! Incidentally, the late Mr. Adkins did a record for I.R.S before he died.

Staff member
Site Admin
Thread Starter
I think it's funny how Lux mimicked Hasil Adkins' vocal on "She Said," making them even more "sloppy." And the "dying can of that commodity meat" gets me every time.

I think the Cramps version is what sparked a renewed interest in Hasil's recordings, from what I understand.


Mr Bill said:
Yep. I got through about a third of them before it was time to clock out and go home...
Click to expand...

(Wasn't sure if the video was apparent that it was a playlist and not a single track.)

It's 29 songs now, but I didn't grab any that were on that How To Make A Monster set from their early days. I could probably dig into that one. Even at 29 songs, it's not that long of a playlist--all those old singles seemed to clock in on average around 2:30.

I think the series you were thinking of may have been called Songs The Cramps Taught Us.

I did something similar with the Mavericks for their album Play The Hits, which was an all-covers album of songs that influenced them throughout the years. So it includes tunes from Patty Loveless, Elvis, Freddie Fender, Bruce Springsteen, Pasty Cline, Marvin Gaye and Mary Wells, and Dale and Grace ("I'm Leaving It All Up To You") along with others. Finding the covers from En Español was more tricky since a couple of them go back decades into the era of 78s, that weren't necessarily released here in the US.

I'm so embarrassed because this forum is inspiring me to support eBay sellers by growing my CD collection.

The sound is impeccable. The only times I've heard their 1974 Japan performance live have been 1) YouTube user uploads of the Budokan performance, which is mixed in mono; and 2) my crackly Japanese double-LP of this album. I actually bought this double CD because we were discussing the Japanese lyrics to "Sing" maybe last week? The week before? And it made me really want to hear this record properly. The double-CD set was not cheap; it was close to $90 after tax and shipping. But on the flipside, the copy I have is probably from 1987 or very close to 1987, and everything looks great. (No obi, unfortunately...) 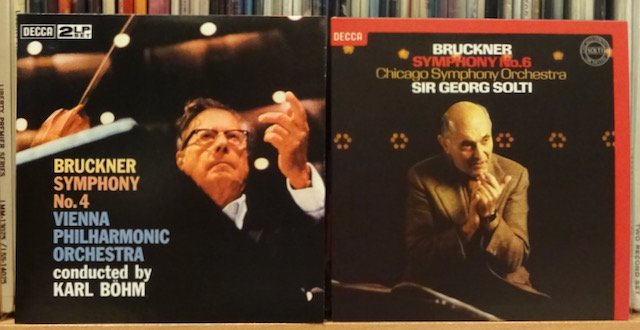 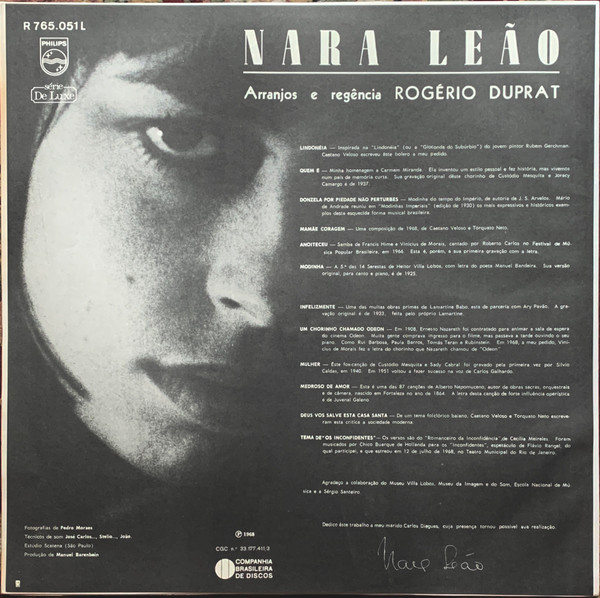 Staff member
Site Admin
I have that same D50Y pressing of LIVE IN JAPAN on CD.


"GOTTA HAVE THE RUMBLE is a reference to my motorcycles and hot rods, something that hasn't changed since I was 15 years old. But it's also about my hearing problem with tinnitus--the ringing of the ear. It was pretty bad, and I realized that I couldn't play the way I wanted to. As I recovered, standing in front of a small amplifier just didn't cut it. The sound from my big amp makes the guitar rumble. Which is a big part of my sound. I was really despondent for a while because I thought I wouldn't be able to do that again. So, 'Gotta Have The Rumble' refers to both of those things." - Brian Setzer​

Staff member
Site Admin
Thread Starter
Another luscious-sounding RCA hi-res release--they really knocked it out of the park with these. Staff member
Site Admin
Thread Starter
Related to Brian Setzer (via the Stray Cats), Lee Rocker also had a new album out earlier this year. He's become one of the masters of the upright "slap" bass. Yet amidst the rockabilly tracks, here's a completely different feel--a jazz take on "Everybody Wants to Be a Cat." (This is the tune that originally appeared in the old Disney film The Aristocats.)


Clever video from the new album also. Rocker had fans send in videos of themselves that could be related to a "Dirty Martini." An instrumental track.

I did finished "The Otis Redding Story" (Atlantic in 1987) (3 CD set) & downloaded on Apple iTunes all 60 songs on that set!!!
You must log in or register to reply here.