Head East "Flat As A Pancake" which has "Never Been Any Reason" & "Love Me Tonight".

Staff member
Moderator
For pure self-confidence, you have to give it to Seal, whose first 2 albums were just titled "Seal." (Santana also had two self-titled albums.)

Another favorite of mine just for the humor in it was Bingoboys' first and only album -- it was called The Best of Bingoboys, Volume 1." It had their hit "How to Dance" on it... they were a one-hit wonder in the '80s. Currently residing in the "where are they now" file.

Staff member
Site Admin
Peter Gabriel's first four albums were called Peter Gabriel. And the three following studio albums only had two-letter titles--So, Us and Up. His side projects had longer titles, like his soundtrack-related work and live recordings. Another side project consisted of two albums. One was Scratch My Back, where he performed cover versions of twelve artists' tunes; the reciprocal album, And I'll Scratch Yours, was to be an album of those twelve artists each covering one of Peter Gabriel's tunes, although some changes were made since some of the artists ended up not participating.

Staff member
Moderator
Comedian Dennis Miller has an album that looks just like the Beatles' White Album, but Dennis's album cover is pale cream-colored and is titled The Off-White Album. (It's really good too.)

Staff member
Site Admin
The 90's/2000's band called Weezer has a bunch of albums just called WEEZER. They're distinguished by fans by their front sleeve color.

Staff member
Site Admin
I have the Weezer album.

OK. Actually, the blue one. "Undone--The Sweater Song" and "Buddy Holly" got the airplay. The video for the latter is very cleverly done.

Staff member
Site Admin
I have the green one. Bought it for "Island In the Sun".

Head East "Flat As A Pancake" which has "Never Been Any Reason" & "Love Me Tonight".
Click to expand...

I have been patiently waiting for the CD (or digital) release of the second Head East album, called Get Yourself Up, which has my favorite song of theirs "Separate Ways." Also the opening track "When I Get Ready" is a kickin' tune. Neither of those tunes, good as they are, appear on their "Millenium Collection" album, and a couple of their other LPs are available on Amazon Music (including, inexplicably, the major flop A Different Kind of Crazy). But alas, I have a feeling the Get Yourself Up LP will sadly be in the dustbin of history.
T

One album that I can think of off hand is Shaun Cassidy’s “Room Service”, and then it goes so far as to call side 1 ‘Appetizers’ and side 2 ‘Entrees’. Not exactly sure what was going on there, since I don’t recall any of the songs having to do with hotels.

And then Evie’s “Christmas, A Happy Time” just sums the Christmas season up quite perfectly.

Harry said:
I have the green one. Bought it for "Island In the Sun".
Click to expand...

I looked at the Teal album this afternoon and gave it a play on Qobuz. Turns out it's a covers album. It was part of a social media started by a fan who mentioned they should cover Toto's "Africa." The band finally relented, and covered "Rosanna"....then released "Africa" shortly thereafter. They cover everything from Ben E. King and The Turtles to Michael Jackson, Eurythmics, Tears for Fears and a few others. I guess the video for "Africa" has a cameo by Weird Al Yankovic. "Rosanna" only appears on a single. In return, Toto covered the Weezer tune "Hash Pipe."

Having mentioned John(ny) Williams on the Hell Bent for Leather LP in another thread, Toto's lead singer is currently his son Joseph Williams. That makes three members who are offspring of famous musicians. David Paich's father was Marty Paich, and the Porcaro brothers were sons of percussionist Joe Porcaro. (Mike and Jeff both predeceased their father, who passed last year at 90.)

Staff member
Moderator
I heard the Weezer cover of "Africa" and didn't like it..... it had too much of a wall-of-sound thing going on for me. The original version of that song is pretty much perfect.

Shaun Cassidy’s “Room Service”, and then it goes so far as to call side 1 ‘Appetizers’ and side 2 ‘Entrees’
Click to expand...

That was kind of a thing for a while -- calling the sides something besides just Side 1 and Side 2. I think the first one I remember seeing was Cheech & Chong's first album -- it had "Side Uno" and "Side Ye." Then there were others who had "This side" and "That side," or "This Side" and "The Other Side." Heart's Dog and Butterfly album had (of course) "Dog" and "Butterfly." And of course Carpenters had their Now & Then album, with the sides called the appropriate names. There were several rock albums that had "Fast Side" and "Slow Side," which I always thought was dumb -- why would you want to put all the slow songs on one side?

I think there was at least one album that had both sides designated as Side One.

Mike Blakesley said:
I heard the Weezer cover of "Africa" and didn't like it..... it had too much of a wall-of-sound thing going on for me. The original version of that song is pretty much perfect.
Click to expand...

I wouldn't expect Weezer to clone a cover tune--there's no point in that. They took it and Weezer-ized it, I guess you could say.

The entire Teal album is pretty much along the same lines. They don't stray too far from the originals but they do filter them through Weezer's signature sound. Just one of those "fun" projects that bands do from time to time.

For that matter, Weezer's fans probably don't like Toto's cover of "Hash Pipe" either. But I enjoy that sort of thing. I like seeing what a different band will bring to an original tune.

BTW, I spent a little time reading the lawsuit that was filed against Toto by Jeff Porcaro's widow. I think it's been resolved, but I'm not sure if the remaining band will be able to (or even want to) tour under the Toto name, but might be going out as Dogz of Oz for that reason. Paich can't tour anymore due to health issues, so it will probably just be Luke and Steve Porcaro out there.
R

Thread Starter
I am really enjoying all the responses to this thread. Thanks to everyone that is participating.
Here is another one of my favorites-I Got Them ol Kosmic Blues Again Mama from Janis Joplin.
Also Cass Elliot has a bit of a suggestive title for her greatest hits on ABC Records-Mama's Big Ones.

rockdoctor said:
Also Cass Elliot has a bit of a suggestive title for her greatest hits on ABC Records-Mama's Big Ones.
Click to expand...

Rod Stewart "Atlantic Crossing" has "Fast Side" (rockers) & "Slow Side" (ballads) on the other. On the other hand "Blondes Have More Fun" instead of Side 2, it said "Side 1 Continued" with 6 through 10 songs!!
A

Staff member
Moderator
Not A&M, but Bobby Braddock did Hardpore Cornography (which included the song "I Lobster, But I Never Flounder"). Braddock hasn't really had a hit of his own but has written dozens of hits for other country artists.

Mr Bill said:
Not A&M, but Bobby Braddock did Hardpore Cornography (which included the song "I Lobster, But I Never Flounder"). Braddock hasn't really had a hit of his own but has written dozens of hits for other country artists.

"I Lobster..." is a classic! The album also contains this not-so-little ditty...

Staff member
Moderator
My favorite is:


The final cut on his Love Bomb album is also good. Entitled "Kute Klux Klan," it reminds me of Phil Ochs in that people found it offensive, not realizing the sarcasm is what made the tune so relevant.

Mr Bill said:
reminds me of Phil Ochs in that people found it offensive, not realizing the sarcasm is what made the tune so relevant.
Click to expand...

Indeed. Current culture seems dumb-downed to only regard the point blank aspect of lyrics. For instance, much of Zappa's '70s music would be considered "offensive" (at the very least...), today.

Staff member
Moderator
Ahh. I loves me some Zappa!

Mr Bill said:
Ahh. I loves me some Zappa!

FZ was something else altogether... Call any vegetable -- the'll tell ya!
R

Thread Starter
Here is an interesting bit.
Buffy Sainte-Marie had an album called Fire and Fleet and Candlelight. one song on it is called 97 Men In This Here Town Would Give A Half A Grand In Silver Just To Follow Me Down. It is actually a medley with Don't Call Me Honey When Your Mother's Around.
My favorite album by her is Illuminations and that was a great title for the workings of the album and its electronic score.

BTW, I wonder how many people argued with record store clerks over the cost of this Airto album? 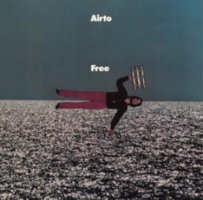